Planned Parenthood’s Apostate Way of Being

Don’t be surprised at the major media blackout on the escalating Planned Parenthood debacle. Abortion is a part of the plausibility structure of the Sexual Revolution, in which media elitists and other institutional leftists are passionately invested. While aborted preborn children are, quite literally, hacked to death on the altar of radical sexual autonomy and are a discarded by-product (though, as we now know, dismembered and sold for profit) of an entire apostate worldview, please understand that the life and health of these vulnerable humans conceived in God’s image are simply not a part of this worldview. Theirs is (to borrow from Heidegger) an apostate way of being in the world. Leftists into which this worldview has burrowed deeply will not find the graphic disclosure of these facts unsettling — apart from the PR nightmare they might engender. It is the response, not the holocaust, that is unsettling to this apostate worldview. 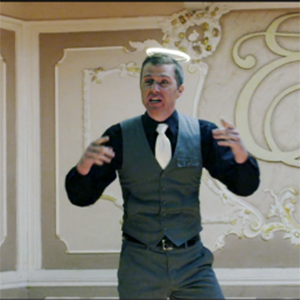 One of the main criticisms the Reformers leveled at the Roman Catholic Church was its dualistic scheme of spirituality. The truly spiritual ones were the priests and others in church leadership, the monks and nuns sequestered from ordinary life, and, after death, the saints, who were super-exalted Christians. The Reformers didn’t consider this caste system to be biblical. It introduced artificial distinctions into the Christian church. It created a dualistic spirituality. The priesthood was called to be entirely committed to God, but the laity could live a life of mediocre commitment as long as they came to Saturday confession and Sunday mass. The Reformers knew that Rome got this point all wrong. Every Christian should be a committed Christian, and the only difference between church leadership and the laity is over giftedness, not over a qualitative level of spirituality. [1]

This meant that vocation itself could be, and should be, holy. The office of priest or the calling of a monk or nun was not a higher or more spiritual calling than a jewelry peddler or shoe cobbler. We might call this the Protestant sanctification of vocation, and it had a profound effect on culture. It meant that the shoe cobbler or wool merchant could look on his (or her) work as distinctively Christian. It wasn’t simply that the culture itself is Christian; every person’s calling within that culture should be Christian. It was, in effect, the Christianization — the Gospelization — of all of life.

This sanctification of vocation is essential to a truly consistent Christian Gospel. Unfortunately, evangelical Protstants have developed their own version of spiritual dualism. In these quarters, they have tended to exalt the work of the pastorate and missionaries and Christian day school teachers as somehow “the Lord’s work,” while everything else is acceptable, but secondary. If you really wish to serve the Lord without qualification, you must “surrender your life” to the ministry. Oddly, no one ever speaks of “surrendering his life” to writing computer code or selling or repairing automobiles or piloting commercial aircraft or making millions of dollars investing prudently in the stock market. But in biblical terms, if in whether we eat or drink and in whatever we do we, we do all to God’s glory (1 Cor. 10:31), if God has called us to one of these vocations or another outside “full-time ministry,” we surrender our life to that vocation. To the extent that we faithfully serve God in that vocation in terms of God’s word, this is our highest possible calling.

We might talk of “full-time” Gospel ministry, but we need to realize that the Christian physician and ticket agent and software engineer and barista and auto mechanic, to the extent that they are faithful to the globally redemptive message, are just as much Gospel ministers as the pastor and Sunday school teacher and missionary. 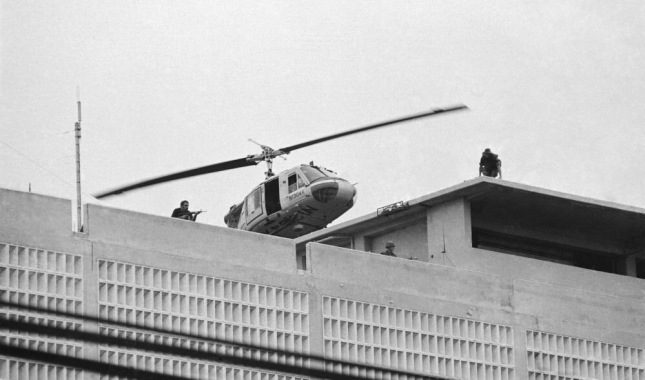 Perhaps you’ve seen the photos or video of the United States’ evacuation of our embassy in Vietnam in 1975 as the Viet Cong overran South Viet Nam. It was a great disgrace and embarrassment to the United States to have, in effect, lost its first war, diplomats and soldiers and civilians squeezing into helicopters on the embassy roof and even dangling from its underneath skids; but it’s a suitable metaphor for how many Christians today see the church in relation to culture. The church is God’s embassy in an increasingly hostile culture that it can never hope to recapture for Christ the King. The best we can hope for is to win over a few of the locals to our otherworldly Gospel. As time goes on, even that influence will wane, and in the end, like Saigon’s U. S. embassy in 1975, we’ll dispatch diplomatic buses to collect our citizens and their friends for the final evacuation. From the embassy rooftops the divine helicopters will rescue the faithful and take them to safety on God’s heavenly aircraft carrier — this is sometimes called the “rapture,” or thought to be coincident with the Second Coming.

My metaphor may be too dramatic, but it’s not, I believe, inaccurate.

Gospel ministry, as you might imagine, is conceived very differently in these two viewpoints. Embassy-roof ministry gets a few souls saved and into the church. It teaches them (rightly) to live a life of surrender to the Lord — prayer, Bible reading, personal evangelism, resisting temptation, rearing a godly family, and, at best, expanding the church. But even in its church expansion goals, it always conceives itself as fighting a defensive battle. It can’t expect any great revival or reformation in society, any culture-transforming Gospel victories. In fact, the church is likely destined to lose its effectiveness as apostasy engulfs the culture. Ministry is intensive (sanctifying Christians), but not extensive (expanding Christianity). They’re preparing the faithful for that rooftop helicopter rescue operation.

But Great Commission ministry is quite different: it plans for victory, to reverse the enemy’s advance and retake the territory presently under satanic control. It takes God’s Gospel promises seriously. Make no mistake: Great Commission ministers know they’ll suffer Satanic assault and setbacks, and that their task won’t be easy, just as Jesus’ wasn’t, but they are buoyed by the confidence that our Lord’s kingdom in human history — coincident with the present age, not only the age to come[2] — will gradually overwhelm Satan and sin in all areas of life and thought.

For this reason, Great Commission ministers pray for power to cast down satanic strongholds and all that exalts itself against Jesus Christ (2 Cor. 10:5). They address all areas of life — education, politics, music, architecture, medicine, technology, science, art, theater, cinema, and every other area of life presently corrupted by sin. They encourage Christians to influence society for divine truth wherever God has placed them: selling automobiles, writing code, teaching children, designing or painting houses, making coffee, or leading an international corporation. “[W]here sin increased [wherever!], grace abounded all the more” (Rom. 5:20b).

You can see how different ministry looks when practiced by Great Commission Christianity than by embassy-roof Christianity. Both want to honor Jesus Christ’s redemptive work, but they have significantly different ideas about how that work looks and what its expectations are.

Full-fledged Gospel ministry is one of cultural engagement and conquest, not abandonment and defeat.

[1] Many embrace excessively pessimistic eschatologies. One of the most influential proponents in recent memory of this viewpoint and its consequently diminished Gospel was D. M. Lloyd-Jones. See, e.g., his 2 Peter (Edinburgh, Scotland, 1983), 81, 231.

Can You Help CCL’s Culture-Redeeming Work in England?

If you could help CCL champion Christian culture halfway around the globe, would you do it? Through the help of long-time friends and CCL donors, Sharon and I have an opportunity later this month to visit England (London, Taunton, Cambridge, Dover, and the Lake Country). In addition, by the intervention of CCL colleagues Drs. Joseph Boot and Jeffery Ventrella, I will be addressing the prominent Christian cultural organization in London, Christian Concern, on the topics “Cultural Redemption is Gospel Ministry” and “A Paradigm for Cultural Redemption.” Moreover, we’re scheduled to meet John Hall, Dean of Westminster Abbey. Much more culture-shaping ministry is planned.

The trip is largely, but not entirely, funded. We need an additional $5000 to avoid raiding our ordinary operating expenses. If you can send a special, tax-deductible gift today to help with our strategic trip, would you do it? You can donate here:

Of course, I’ll be giving a full report on my return, and periodical updates from England.

If you are a regular CCL donor, you’ll be received this month the Honorable William Graves’ The Constitution and Same-Sex Marriage: The Original Understanding. (Judge Graves is CCL’s new Distinguished Fellow of the Judiciary.) If you want a copy, please contact me.

Clinton Miller’s Redeeming Architecture should be mailed in August, and Dr. Ventrella’s Christ, Caesar, and Self: A Pauline Proposal for Understanding the Paradoxical Call for Statist Coercion and Unfettered Autonomy should be ready in the fall.

By God’s grace, CCL influences Christians to reshape our culture for Jesus Christ by what we write, preach, teach, and pray. Your prayer and money keep us writing, preaching, teaching, and praying.

If you want that influence to increase, please continue to pray — and to give. I need each of you.