“Whoever Paints a Pretty Death Can Paint No Resurrection”

The death of Socrates is a beautiful death. Nothing is seen here of death’s terror. Socrates cannot fear death, since indeed it sets us free from the body. Whoever fears death proves that he loves the world of the body, that he is thoroughly entangled in the world of the senses. Death is the soul’s great friend. So he teaches; and so, in wonderful harmony with his teaching, he dies—this man who embodied the Greek world in its noblest form.

And now let us hear how Jesus dies. In Gethsemane he knows that death stands before him, just as Socrates expected death on his last day. The synoptic evangelists furnish us, by and large, with a unanimous report. Jesus begins “to tremble and be distressed,” writes Mark. “My soul is troubled, even to death,” he says to his disciples. Jesus is so thoroughly human that he shares the natural fear of death. Jesus is afraid… He is afraid in the face of death itself. Death for him is not something divine; it is something dreadful.

Only he who apprehends with the first Christians the horror of death, who takes death seriously as death, can comprehend the Easter exultation of the primitive Christian community and understand that the whole thinking of the New Testament is governed by belief in the resurrection. Belief in the immortality of the soul is not belief in a revolutionary event. Immortality, in fact, is only a negative assertion: the soul does not die, but simply lives on. Resurrection is a positive assertion: the whole man, who has really died, is recalled to life by a new act of creation by God. Something has happened—a miracle of creation! For something has also happened previously, something fearful: life formed by God has been destroyed.

Death in itself is not beautiful, not even the death of Jesus. Death before Easter is really the death’s head surrounded by the odor of decay. And the death of Jesus is as loathsome as the great painter Grünewald depicted it in the Middle Ages. But precisely for this reason the same painter understood how to paint, along with it, in an incomparable way, the great victory, the resurrection of Christ… Whoever paints a pretty death can paint no resurrection. Whoever has not grasped the horror of death cannot join Paul in the hymn of victory: “Death is swallowed up—in victory! O death, where is thy victory? O death, where is thy sting?”

Oscar Cullmann, “Immortality of the Soul or Resurrection of the Dead”, 1955

J. I. Packer on De-Mystifying God 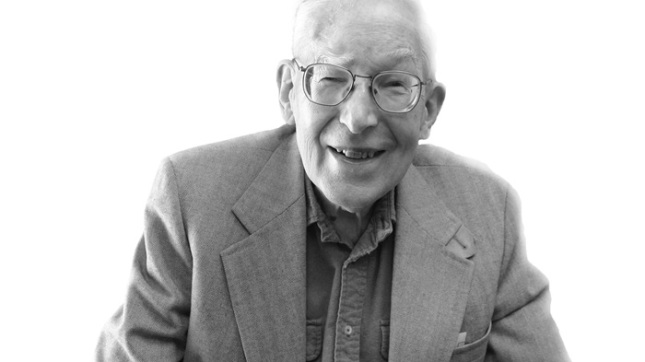 By “mystification” I mean the idea [often held in traditional views of God] that some biblical statements about God mislead as they stand, and ought to be explained away….

[S]ometimes [in the Bible] God is said to change his mind and to make new decisions as he reacts to human doings. Orthodox theists have insisted that God does not really change his mind since God is impassible and never a “victim” of his creation. As writes Louis Berkhof, representative of this view, “the change is not in God, but in man and man’s relations to God.”

But to say that is to say that some things that Scripture affirms about God do not mean what they seem to mean, and do mean what they do not seem to mean. This provokes the question: How can these statements be part of the revelation of God when they actually misrepresent and so conceal God? In other words, how may we explain these statements about God’s grief and repentance without seeming to explain them away?

[A]t every point in his self-disclosure God reveals what he essentially is, with no gestures that mystify. And surely we must reject as intolerable any suggestion that God in reality is different at any point from what Scripture makes him appear to be. Scripture was not written to mystify and therefore we need to ask how we can dispel the contrary impression that the time-honored, orthodox line of explanation leaves.

The Biblical Gospel Is Imperialistic

It’s fascinating to consider how the ancient Greeks used the word euaggelion (gospel). It was closely associated with the imperial cult. The emperor issued good news, his gospel. He himself embodied the good news. He was deemed in some sense divine. He healed. He performed other miracles. He was the world’s savior. He as a god protected the state. Great signs accompanied his birth and life. His words became sacred writings. He granted great power to humans under his care. No wonder his life and actions and words are celebrated as gospel. The emperor himself was good news.[1]

Now if all this sounds familiar, you’ll begin to understand why the NT writers used euaggelion to relate the message surrounding Jesus Christ. He’s the earth’s true emperor, challenging the claims of the Roman emperor.[2] The biblical writers are specifically contrasting Jesus Christ’s empire with the Roman Empire.[3] He’s overturning Caesar’s authority. He’s the real Caesar of the universe. Jesus is the good news. He’s the way of salvation. He’s the world’s rightful ruler. He will overturn all evil and bring redemption.

The gospel, then, isn’t just a factual enumeration of Jesus’ death and resurrection. More importantly, it’s a declaration of what God has done, is doing, and will do in Jesus Christ to take his world back from Satan and sin.[6] It isn’t merely a message of how to go to heaven when you die and live a private life well pleasing to God. Personal salvation is one vital aspect of that divine work, but not the whole thing. It’s a message of the Kingship of Jesus in the earth that takes back a sin-scared world for its healing by its rightful owner.

The Gospel in Part and Full

It’s imperative to understand that battling for religious liberty, and protecting the family, and championing biblical sexuality (for example) are not the results of faithful gospel ministry. They aren’t tasks in addition to the gospel. They are a part, an indispensable part, of the gospel ministry.

Oh that you would rend the heavens and come down,

as when fire kindles brushwood

and the fire causes water to boil—

to make your name known to your adversaries,

and that the nations might tremble at your presence!

From of old no one has heard

or perceived by the ear,

no eye has seen a God besides you,

who acts for those who wait for him.

The Center for Cultural Leadership and similar ministries have their share of Christian critics — not secularists and statists and Muslims, but sincere Christians and churches. Perhaps their attitude is, “Your work isn’t really what Christians are called to do. We’re called to preach the gospel, plant churches, send missionaries, and launch Christian schools. That’s the gospel ministry. At best, CCL and similar works are distracted from the important work. They’re wasting valuable time and money. At worst, they’re turning people away from the true gospel — which is how to trust Jesus and live a holy life and go to heaven when you die. We Christians should be gospel-centered, but CCL is just playing in a sandbox.”

These emphases aren’t implications of the gospel. They are a critical part of it.

Christians feel intimidated today by a false narrative: the gospel is a private matter. And so we start using a different language, thinking a different way, operating under different presuppositions in public life.[7] We have a private way of thinking and acting, and a public way of thinking and acting. In private — in our devotions and at home and church — we’re very free and open about our faith: “Jesus is my Savior and Lord. He died for us all on the Cross and rose again for our salvation. We Christians love and serve him. We relish his Word. The Bible governs our lives. We want to glorify God in all we do.” But when we come to public life — politics or the government schools or national economics or the movies or TV or the law — we change our tune. Then we say, “We dare not impose our views on anybody else. We need to be cautious. This isn’t our territory. This is hostile territory. Jesus isn’t Lord here, at least not yet. I’d better just keep my Christianity to myself.”

The gospel of the Bible won’t allow this bifurcation. It demands our allegiance and our devotion and passion in public no less than in private. Every culture is religious. It might not be Christian, but it’s certainly religious (secularism is a religion, for example). The only question is whether our public life will be Christian or another, false religion.[8] Our task is, by the Spirit’s power, to replace the current false religion of the public square with the true public religion of Christianity.

I invite you to rip down the wall between private and public in your Christian practice. Jesus is Lord of your private life, and he should be Lord of all public life as well. This is the biblical gospel.

[3] With respect to euaggelion, it’s important to remember that isolated words and their etymology do not of themselves provide meaning, as James Barr famously argued in The Semantics of Biblical Language (Oxford, England: SCM Press, 1961). However, when the context and usage reinforce that traditional etymology, it gains significance. This is precisely the case with euaggelion.