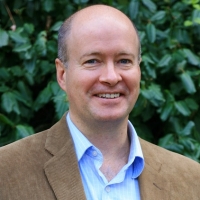 Below is an insightful article from my friend Scott Masson (Ph.D., Durham), Associate Pastor at Westminster Chapel for College & Careers, Associate Professor of English Literature at Tyndale University College, specializing in the areas of hermeneutics and literary theory, and a Fellow at the Ezra Institute for Contemporary Christianity. Dr. Masson is a remarkably perceptive and courageous critic of contemporary Western culture.

“Whoever finds me finds life, and obtains favor from the Lord;
But he who sins against me wrongs his own soul; All those who hate me love death” –

November 22, 1963 was an inauspicious day.  It marked the death of not one but three of the most significant figures in the technological age.  The time of the assassination of President John F. Kennedy, leader of the free world, is burnt into the memories of his contemporaries.  The deaths of two others, Aldous Huxley and C.S. Lewis, almost escaped notice.

Yet while television technology brought Kennedy his fame, and keeps the flame of his memory ever bright, it is the latter two men who now speak profoundly about the power that made him famous. To this day, Huxley’s dystopian novel Brave New World is read in high schools. The world it depicts, where people are “hatched” and “conditioned” by a social elite, prompts reflection on the stark contrast between the unchanging immoral nature of man and the unprecedented godlike power of technology to affect the human condition. Huxley’s dystopia is, like all good science fiction, a social commentary on power and responsibility, though an oddly (and perhaps tellingly) amoral one.

Although the relation of power and responsibility is a perennial theme in literature, science fiction breaks ranks with the entire humanities tradition precisely because of its object and its understanding of the human. The ethical teaching of the sages of the ancient world had equipped us to relate to our fellow man as individuals. They were not naïve. It was a Roman proverb that warned that homo homini lupus (man is a wolf to man). There was no nobility to our savagery in their eyes. But they assumed that man, as a creature living in his own world, would continue to propagate himself, his kin and his nation naturally, not turn his power upon himself. Regardless of the blight of war, pestilence and famine, he would never consider eradicating his own existence or the natural world around him as it had been created. The sages of old never considered that we would adopt what the philosopher Thomas Nagel has called the view from nowhere, or conceive that, as Hannah Arendt has observed of our scientific contemporaries’ perspective, the human condition was a prison to be escaped. To such a radical perspective, only Divine revelation can speak persuasively.

I believe that is why it is those who have imbibed the wisdom of the Scriptures are so profoundly needed in our day. This is where the third of the men who died on that inauspicious fall day, C.S. Lewis, comes in. Unlike Huxley, he remains unread in most schools. Yet it was he who prophetically warned where unbridled technology and an amoral science bent on reimagining the human might lead.

In his wartime Durham lectures, later collected under the title The Abolition of Man, Lewis observed that a ruling class of technocrats and well-meaning experts had arisen who were seeking to conquer nature and its ills, only to end up conquering man. What they were doing in the name of humanity had a decidedly ironic and inhumane end. In his memorable words, “What we call Man’s power over Nature turns out to be power exercised by some men over other men with Nature as its instrument.” He continued, “Man’s conquest of Nature, if the dreams of some scientific planners are realized, means the rule of a few hundreds of men over billions upon billions of men. There neither is nor can be any simple increase of power on Man’s side. Each new power won by man is a power over man as well.”

Speaking in 1945, Lewis was doubtless reflecting on the eugenics movement of his day and the totalizing power of the state, particularly evident in Nazi Germany; yet he was explicitly ruminating upon the educational and cultural establishment of his own country (and the Western world) that had given rise to it. It is this fact, which also characterizes the third installment of his own science fiction trilogy, which makes his insights as relevant as ever. The “humanitarian” impulse of the scientific and political elite has not left us, in fact, the social “conditioners” in education who have “abolished man” have gathered strength; biotechnology has become a huge element of our economy; and the power of technology has steadily grown and expanded into our very homes.

This brings me to a column written recently in The Atlantic on assisted reproduction. It mused aloud, and as breathlessly and unselfconsciously as a teenager looking forward to the release of the latest video game, about the reproductive innovations we might expect from recent technological advancements. Yet for all its alleged intent, this was not merely an article on potential advances in biotechnology. The “hatching” and “conditioning” of a brave new world immediately come to mind. The game changer, which the author could present without any moral judgment attached, was not simply that technology had advanced to “make babies,” but more importantly, it had done so within a social and legal climate where what constituted human nature seemed almost infinitely malleable, particularly in relation to the family. This, according to the author, has a salutary effect. Reproduction would not only become more convenient and within “our” personal power control; it could henceforth also become more collective.

The bait of personal emancipation and empowerment through biotechnology with the switch of a collectivist sense of “our” good almost passed unnoticed. Mrs. Hillary Clinton once said, citing an unknown African proverb, that it takes a village to raise a child. If the columnist is correct, in the future, the village will produce the child. The only thing the article does not consider is precisely that specific conclusion: the humanistic and totalitarian state, which is everywhere redefining life, will start actually producing children itself to insure that they are properly conditioned, “healthy,” and really “well-adjusted,” so that “life” serves the state and what it, whoever it is, defines as the human good. As we have already seen, it’s already in the science fiction literature as far back as Huxley’s Brave New World and Lewis’ That Hideous Strength, and operative in the notion (at least in my country of Canada) that the public educators are “co-parents” with the natural family and can apply notions of human rights, enforced by Human Rights Tribunals, over and against traditional (and natural) definitions of the human.

Perhaps it is simply out of habit that the author is holding on to the notion that the “family” remains necessary for human flourishing, even if as he points out what we mean by family is constantly undergoing redefinition. Yet these seem to me to be tokenistic at best. The social progressives (just like the Communists before them) have long disputed the legitimacy of the natural family, and have always sought to eradicate it, root-and-branch. The family contains a natural hierarchy and sexual differentiation, a unity in diversity, which stands in the way of absolute equality, and the secular humanists’ ideal family, namely the state as family.

It won’t take long for some literary theorist to observe that the word “family” is a social construct that we have already redefined to make it unrecognizable to our forebears, and that not only can we dispense with it; we already have. In fact, the concept of family is actually an obstacle to the best means of support, namely the manufacture of ideal babies, directly supported by government “experts” with equal access to all the requisite funding, etc.

Welcome to the babies of the Brave New World.