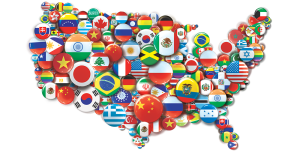 John Gray, post-postmodernist, perpetuates the merely postmodern idea that reality and ethics must be local and “perspectival”: right and wrong are just a matter of personal preference, like “Boxers or briefs?” and “Chicken salad or tuna salad?” Universal, transcultural ethics are a humanly constructed illusion often designed to vest merely local, perspectival ethics with universal authority that we Enlightenment Westerners impose on everybody else:

The universalizing project of Western cultures, which in our historical context has become a nihilist expression of the will to power, must be surrendered, and replaced by a willingness to share the earth with radically different cultures. Such acceptance of diversity among human communities must not be a means of promoting ultimate convergence into sameness, but rather an expression of the openness to cultural difference. The acceptance of cultural diversity which is most needed is not the pluralism of plans and styles of life affirmed in Western liberal cultures, but a recognition of the reality of cultural diversity among whole ways of life.[1]

We arrogant Westerners, in short, need to be more ethically modest: learn to live with people on the other side of the world (or street) who maintain different ethical standards than we do. This is the lovely cornucopia of multiculturalism, in which we revel in ethical diversity and the peacefully mutual respect of multicultural non-judgmentalism.

And a recipe for the most grievous tyranny. Gray somehow doesn’t tell us how we should live and let live with (for example) an ISIS culture that decapitates children, a Nazi culture that gasses Jews and homosexuals, or even an antebellum American culture that lynches blacks, all examples of “cultural diversity among whole ways of life” if there ever were any. The late Allan Bloom employed this intellectual tactic on his uncritical relativist students, relativism being the moral postulate of multiculturalism:

The students, of course, cannot defend their opinion. It is something with which they have been indoctrinated. The best they can do is point out all the opinions and cultures there are and have been. What right, they ask, do I or anyone else have to say one is better than the others? If I pose the routine questions designed to confute them and make them think, such as, “If you had been a British administrator in India, would you have let the natives under your governance burn the widow at the funeral of a man who had died?,” they either remain silent or reply that the British should never have been there in the first place. It is not that they know very much about other nations, or about their own. The purpose of their education is not to make them scholars but to provide them with a moral virtue — openness [moral relativism].[2]

Bloom’s simple exercise would undermine Gray’s sticky-sweet relativism. It’s an inconvenient thought experiment. Therefore, relativists usually skip it. They are conceptual or theoretical relativists. They are relativists when chafing under the restraints of God’s universal moral law. Until somebody steals their late-model BMW. Then they rise up with a universalized moral indignation, an ethical grammar with which they expect every reasonable person to sympathize. They are buffet multiculturalists. They want to defy God’s universal moral law on the cheap.

Then, finally, we’ll get a little moral consistency, and hustle the argument along.