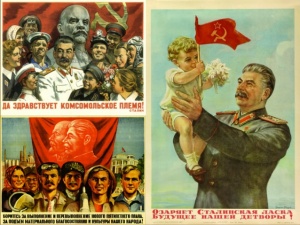 If you want to understand cultural equality, or egalitarianism, you might want to think of the legend of St. George and the dragon.[1] St. George devoted his life to killing dragons, and when he’d killed them all, he lost his life’s passion, so he invented new dragons. St. George, you see, needed his dragons. In the same way, the political Left began by killing the dragon of arbitrary state authority, but quickly moved on to slay alleged arbitrary church authority and fascist authority and, more recently, Caucasian authority and family authority and paternal and maternal authority and capitalist authority and, in these last decades, male and “heterosexual” authority. The Left are liberators eternally in search of the oppressed whom they must liberate. They are on one huge liberation crusade, and if there are no oppressed, they must invent them. This is what Kenneth Minogue terms “the oppression-liberation nexus.”[2] While the Right in recent times has won political elections, the Left has at this point won the culture and wants to keep winning, and this means, above all else, an eternal liberation crusade. Communist Revolutions are simply one major example: to liberate workers from employers. The broader agenda is social liberation of all kinds, and Western Leftist elites differ from Lenin and Mao only in degree and in methods employed, not in principle. Mao used the end of a gun barrel; Western elites use public schools and major foundations and TV and art and music. The objective is identical: liberation of the oppressed, “oppressed” meaning any class that can claim social inferiority.

In this liberation crusade, classical liberalism has been gradually transformed in its views of equality, from equality of processes to equality of results.[3] The early liberals, influenced by Christianity and its view of law, wanted a level operational field. The law cannot privilege once class over another. This is just what the Bible teaches. You aren’t penalized or rewarded for being white or black, or rich or poor, or young or old, or male of female. You get equal treatment under the law.

The Left soon discovered that this procedural equality didn’t create equal results. If procedural conditions were equalized, some people got more than others. They knew the reason for this: the law may treat people equally, but people are not equal. That is, equality isn’t a fact of nature. To a dragon-slaying liberation crusade, this natural inequality was unacceptable, so they declared war on nature. They did this by equalizing results. They used confiscatory taxation to equalize economic results, hiring quotas to equalize sexual and racial results, non-winnable games to equalize youth athletic results, abortion to equalize childbearing-responsibility results, and, now, same-sex “marriage” (SSM) to equalize marital results.

SSM isn’t the ultimate battle in the left’s liberation crusade. It has been discovered that while homosexuals (for example) can be given the legal freedom to marry, they can still suffer social rejection or opprobrium. This inequality cannot be permitted. So, long-oppressed classes must have the right to approval. This is where speech codes and criminalization of “hate speech” come from. If you have a right to approval, you don’t have a right to disapprove of other people. This right to approval, like all rights, must be legally enforced. The rub comes when this right conflicts with other rights, like the right to religious expression:

The conflict between sexual liberty and religious liberty is unlikely to be one the religious will win, in large part because of the broad and increasing acceptance of an idea President Obama has espoused more than once in public: that the religious have a freedom to worship, and that’s where it ends. When you leave the pew, you must leave your faith there.[4]

This was the Marxist approach. One of its maxims was, “religion is a man’s private concern.”[5] And it has increasingly become the Western democratic approach: your religious convictions regarding human sexuality are fine, just as long as you keep them in church, or, more preferably, between your two ears.

The State as Liberationist Enforcer

The mechanism for securing this liberation from disapproval is the state. It derives from the 18th century French philosopher Jean-Jacques Rousseau, whose influence on the modern world has been incalculable. Rousseau made an interesting and novel proposition: “My views will liberate you from all the traditional authorities to which you have been subject. The only authority to which you have to be subject is the state.”[6]

In the medieval and Reformation worlds, there were all sorts of social institutions to which men belonged — the family (meaning the extended family, not just the “nuclear” family), the church, guilds, clubs, schools, and so forth. These had rules that bound individuals (non-coercively). While the state (usually) did not and (could not) enforce those rules, they were strong rules. For example: the church. The church had the power of excommunication. By the 18th century, many individuals were a little sick of these institutions, and they wanted “liberation.” Rousseau basically appealed, “Give me a state strong enough to wipe out the authority of these institutions, and I will give you individual liberty — except, liberty from the state itself.” This, in fact, essentially happened during the French Revolution. The Roman Catholic Church was gutted, the medieval guilds were destroyed, and the family was diluted. What became all-powerful was the state.

Why were so many individuals willing to make this trade? That’s simple enough. These other institutions, like the family and the church, demanded morality. The state doesn’t demand morality; it only demands subservience. Individuals were willing to give up political liberty in order to gain moral (=immoral) liberty. Or, more accurately, they were willing to enslave themselves to the state as long as they could emancipate themselves from moral standards. This, I suggest, has been the course of political liberalism over the last 200 years in the West. The state is the enforcer of the “oppression-liberation nexus.” Your freedom to practice homosexuality (including SSM) is protected; your freedom to start a degree-granting Christian college is not protected. Your freedom to abort an unborn baby and sell its residual body parts is protected; your freedom to pass on all your wealth to your heirs is not protected. Your freedom to produce and disseminate pornography is protected; your freedom as a pastor to endorse a Christian political candidate is not protected. Virtually any sort of sexual “preference” is permitted, just as long as you acquiesce to the state’s power.

Rousseau was willing to get rid of the family community, the church community, and the business community by empowering the political community. He was a communalist, but the only community he cared anything about was the state.

This is in sharp counter-distinction to the Christian view of things. In the biblical Faith, the family and church and business are rather strong, but the state is rather weak. These so-called “private” institutions — family, church, business, friendships, and so on — are “buffers” between the individual and the state (sometimes called “civil society”). They are institutions that rival the state and compete for the individual’s allegiance. This is why a Rousseauian view of the state (that is, the Leftist view) despises these institutions. If people start relying on the family and the church, for example, for moral instruction, for health, for education, for welfare, and so on, if they commit themselves to these communities — they will not need the state. But the state is exactly what Rousseau’s view of the “good life” is all about. The state guarantees everybody’s “good life.” This is why political liberals, following Rousseau, want to subordinate all other communities to the political community. This is why they love politics. It gives them freedom from other communities that demand morality.

It should now be clear why egalitarianism is such a hindrance to Christian culture. Christian culture is all about various independent but overlapping God-created spheres (like family, church, school, business, arts, sciences, technology, and so on) each operating to glorify God in culture under his authority.[7] Egalitarianism prohibits by political coercion the life and development of these separate spheres like the family and church.

And there can be no Christian culture apart from the freedom of these institutions.

[5] Owen Chadwick, The Secularization of the European Mind in the 19th Century (Cambridge: Cambridge University Press, 1975), 81.