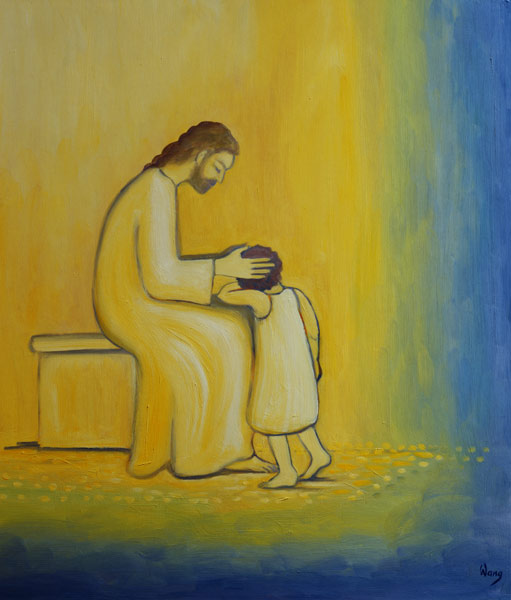 To his disciple Philip who demanded that Jesus show him the Father, Jesus replied, “Whoever has seen me has seen the Father” (John. 14:9). We learn from the writer to the Hebrews that Jesus is “the radiance of the glory of God and the exact imprint of his nature” (Hebrews 1:3, emphasis supplied).

To know Jesus is to know God.

A subtle subordinationism infects many Christians (subordination is the heresy that the Son is not equal in his being with the Father). In (rightly) affirming the Trinity, they seem to believe that there is some “Godness” deeper or more profound than Jesus Christ. They must “get behind” Jesus Christ to know God even better. We can learn only some things about God from Jesus. We need more from God than Jesus can offer. This is false — and dangerous.[1] Jesus declares in Luke 10:22, “All things have been handed over to me by my Father, and no one knows who the Son is except the Father, or who the Father is except the Son and anyone to whom the Son chooses to reveal him.”

If you want to know more about the Father than you can learn from the Son, you’re on a fool’s errand.

Once a young woman who had suffered sexual abuse as a child and had been battered by evil men and was living in squalor and poverty finally made her way as a last resort to a faithful church. After the service, she talked to the pastor and summarized her harrowing history and declared that this church was her last attempt at life. She had given up on God and was almost hopeless and was contemplating suicide.

The pastor immediately related the glorious Gospel of Jesus Christ, that would not only birth her into God’s family and heal her brokenness but would one day turn back all evil in the world and make everything right.

Slowly she said, “I imagine that if I believed God were like Jesus, I could believe in God.”

“Well,” the pastor responded, “I have the most wonderful news in the world for you. God is exactly like Jesus, and if you want to know God, simply trust and give your life to his Son. In Jesus you will learn everything about God that you need to know.”

This Holy Week, know this: in the life and, in particular, the death and resurrection of Jesus Christ, we learn everything about God we need to know — his creative power, his love, his justice, his tenderness, his hatred for sin, his longsuffering, his perseverance, his sovereignty, his commitment to utter victory. We learn all this and more by learning of Jesus Christ.

If you want to know God, know Jesus Christ.