I am increasingly using the expression “Cultural Marxism,” and it occurred to me that I shouldn’t simply assume readers and listeners know what it means. I will try here as simply and briefly as I can to explain the basics. If you have questions, please pose them in the comments section or on Facebook.

Karl Marx, Leon Trotsky and V. I. Lenin saw the basis of all human existence as economic. This was the social and political philosophy of the old Soviet Union. It is called classical or economic Marxism. This form of Marxism is not nearly as popular today (except in North Korea). By contrast, you might have heard of Marxists like Gramsci, Lukács, Sartre, and Marcuse. They are among the first cultural Marxists. Their view of Marxism was designed to appeal to and succeed in Western societies. They knew that economic Marxism would likely not win in the West. (This is why their revision is sometimes called Western Marxism.) For one thing, they doubted that the working class would rise up in violent revolution as they did in Russia in 1917; the workers in the West were mostly satisfied with life most of the time. To win in the West, you needed a Marxism suited to the West, one that took into account Western ways of thinking. Freedom, liberty, and equality, watchwords of the West, were ideas they could commandeer to win the day. They would engage in the “long march through the institutions,” words wrongly attributed to Gramsci but rightly describing the strategy of cultural Marxism. They would reinvent the meaning of liberty, freedom, and equality to seduce Westerners and gradually capture their culture.

Unlike the original Marxists, they held that humanity’s main problem isn’t economic. It’s that society’s ideas and institutions prevent us from fulfilling the Good Life. What is the Good Life? It is being able to be exactly what we want to be, to live exactly as we want to live — maximum autonomy. Every individual should be an artist, but in a very basic and profound sense. Every person should be able to paint his own life, his own meaning, his own reality. The world should be the canvas on which the person paints himself. 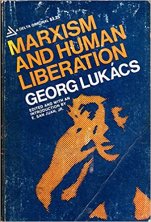 Unfortunately, our society conspires to restrict our autonomy. Traditional institutions like the family and church and business command our allegiance. Husbands lead families, parents direct children, clergy disciple laity, employers make demands of employees. This means they crimp our autonomy. It really means these institutions crimp our autonomy. Therefore, we live artificial, unreal, and unhappy lives to conform to these cultural institutions and expectations. We are alienated from our “true selves.” Marxists have always been very concerned about liberating the true, real self from the cultural environment suppressing it. That self might be atheistic, exhibitionist, homosexual, transgendered, bestial, or solitary; but in whatever form it takes, that self meets resistance in traditional culture. To be truly free, traditional culture must be marginalized or crushed.

An extended metaphor might help. Imagine thousands of tiny seeds, full of flourishing, fruitful potential, but they can never fulfill that potential because they’re submerged beneath hard, frozen, nearly impenetrable soil. Imagine further a sympathetic farmer who comes with a massive plow and cracks the soil and waters and fertilizes it so that the seeds can finally sprout upward.

The seeds in this metaphor are humans as we enter the world. But we’re stifled by the hard, frozen soil, which won’t allow us to unleash the potential of our real selves. That soil is our society, especially the chief cultural institutions like the family and church and business.  We should be free to sprout and grow upward and exhibit to the world all of our autonomous beauty. What we need is a plow to break up this hard soil and get it out of the way.

In our metaphor, that plow is the state. This is why cultural Marxists are statists. It’s not because they simply love power. They want state power so they can destroy traditional authority, and especially Christianity, which justifies and produces that authority. For cultural Marxists, what has been called liberty in the West, defined as absence of political coercion, becomes true liberation, the imposition of political coercion to guarantee human autonomy. Liberation becomes liberty from the institutions that our society grants the liberty to enslave us. The state must pulverize every barrier to our true selves.

How do cultural Marxists instigate this liberation? How do they get the state involved in their liberation crusade? Mainly by divvying up people into different classes and fomenting conflict, claiming that all classes must fight for equality. This is called class consciousness. In Marx’s day, the oppressors were the bourgeoisie (elites, business owners), and the oppressed were the proletariat (employees, “wage slaves”), who demanded equality. By equality, the cultural Marxists do not mean equality of condition — that is, they don’t mean everybody must play by the same rules. Rather, they believe in equality of results — the rules must be bent to make everybody get the same things. Today class consciousness is known as “identity politics,” and the battling classes are expanded — men versus women, whites and Asians versus blacks and/or Hispanics, children versus parents, millennials versus the middle aged, wealthy versus poor and “middle class,” cosmopolitans versus nationalists, and other binary categories. Cultural Marxists portray one pole of the binary (women, homosexuals, millennials, blacks) as oppressed, and demand that the state liberate them from their oppressors. Oppression here almost never means literal enslavement, abuse, or assault. Rather, it means disrespect, disapproval, or social inequality. If, for example, homosexuals are not as respected as heterosexuals, they are oppressed and deserve state-coerced liberation. This is also where the new campus speech codes come from. The newly defined oppressed (millennials) are entitled not to be offended by words from the oppressing class (older whites, teachers, men).

Liberation becomes liberty from the institutions that our society grants the liberty to enslave us.

Over time, this human liberation sees even nature itself as an oppressor. Like the Gnostics of old, creation is evil and a barrier to the good life. Male or female body parts are oppressive. “Sex-reassignment surgery” must become “gender-affirmation surgery.” A man becomes a woman who then becomes a dragon. This is an extreme case but not an inconsistent one. It’s simply the latest example of liberation, and, unless this grand social march is arrested, we should not expect the dragonization of man to be the most extreme example of liberation in the future.

It is this class conflict that produces cultural progress. Marxists have always believed that life is everywhere filled with opposing forces, and the collision of these forces brings a higher, better reality. Today’s liberals like to be known as “progressives,” and the progress they want is human liberation ( = autonomy). That progress comes about only by conflict. So conflict is a good thing, and the elites should be fostering conflict everywhere. If you want a better society, you need to spread conflict to get there — unremitting conflict, violent if necessary. The objective of launching rallies and Twitter campaigns to challenge the “hegemony” (a favorite word of Gramsci) of men, parents, whites, straights, Asians, and Wall Street is to create a conflict that ends in the liberation of the oppressed classes and a better world, all (except the previous oppressors, who will be dispossessed and de-privileged) enjoying the Good Life.

And all led, of course, by the cultural Marxists, magically at the very top of the egalitarian heap.