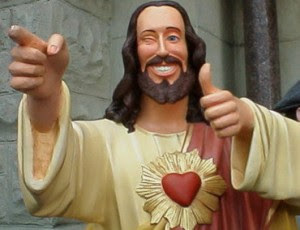 Theological liberalism narrowly considered is identified with a movement in Europe and America in the late 19th and early 20th centuries, but its theological impulse — to conform the Faith to the spirit of the age — has been around since the Garden of Eden. (In this sense, the ancient Jews, when they syncretized their faith with the surrounding pagan nations, were notorious liberals.) Liberalism’s chief tenet is accommodating Christianity to the reigning spirit of the age.

In the first half of the 19th century in Europe, this reigning spirit was Romanticism, the enthronement of emotion and feelings to counter the acidic effects of Enlightenment, which judged all things by universal human reason or objective human experience. The liberalism of that time did not want to give up the gains of the Enlightenment, but it also did not want to give up Christianity, as the Enlightenment seemed to be forcing people to do if they were to judge everything by universal human (as opposed to God’s) standards. In this way, liberalism could protect Christianity from Enlightenment. The problem is that the Christianity it protected had nothing to do with the Christianity of the Bible. Christian beliefs — atonement, resurrection, Second Coming, Biblical inspiration — are simply (in the original liberal view) a reflection on the internal Christian experience, which is the essence of religion. They are not true in any objective sense. Real religion is a particular kind of feeling. Whether the redemptive facts of the Bible are true is irrelevant.

Early in the 20th century, Enlightenment in the form of naturalistic science made a huge comeback from Romanticism (without negating the gains of the latter). Only what we can verify by our senses was worthy of belief. Anyway, science was granting society great new discoveries like Einsteinian relativism, quantum physics, atomic energy, and technology like the automobile, the airplane, labor-saving homes devices, and so on. The miracles Christianity is built on had little obvious relevance to this science and technology, and they didn’t fit into its worldview. Therefore, liberalism and its spirit of accommodation shifted from a religion of feeling to one of reason. Liberals, keeping up with the times (again), questioned or abandoned God’s direct creation of the world, Jesus’ virgin birth and bodily resurrection, his Second Coming, and so on, so Christianity could be culturally acceptable. It was this denial within the major Protestant denominations that spurred the reaction known as fundamentalism, which affirmed those very “fundamentals” that the liberals were denying. To be liberal was to deny the fundamentals of the Faith.

Today we live in different times still. This shift can be detected in the observation that while early 20th century liberal theological views were changing, their ethical views were not. There was almost no dispute between liberals and fundamentalists at that time on what we today term ethics, particularly sexual ethics. In short, the liberals weren’t parading for illicit sex or elective abortion or legalized porn any more than the fundamentalists were. This history of ethical unity and theological disunity is what caught many Bible-believing Christians off guard after the 1960’s Sexual Revolution infested the churches — including their own churches. Fundamentalism hadn’t especially prepared them to address professed Christians who weren’t interested in denying the “fundamentals of the Faith,” only the fundamentals of Biblical ethics, especially sexual ethics. If theological orthodoxy is limited to affirmation of the fundamentals, then liberalism has no necessary bearing on ethics. Bible-believing Christians were soon forced to come to terms with what theological liberalism must look like in a sexual chaotic culture.

It is now painfully clear, in fact, that the reigning spirit of our time is not naturalistic science, but libertarian sexual ethics. Just as 19th century romantic liberalism morphed into 20th century rationalist liberalism, so the latter has morphed into 21st century (un)ethical liberalism. Unlike orthodoxy, liberalism is unstable by its very nature, and its creed today is ethical (especially sexual) autonomy. David Mills writes:

Unlike the modernists of old, our liberals are quite happy to let us believe in the Virgin Birth or the Bodily Resurrection, or for that matter praying in tongues, presumably on the assumption that it keeps us occupied and out of their way. They only object when we dare to argue for moral limitations and ideals they have long ago abandoned. They will tolerate the most extravagant supernaturalism, as long as it is not assumed that the supernatural makes binding statements about human sexual behavior.[1]

Not that today’s liberals have recovered the great Biblical redemptive truths. It’s just that they’re not relevant anymore as orthodoxies to be rebelling against. Liberalism is all about rebellion against God, and its rebellion can’t be limited to theology. God’s latest great bastion that still exercised a degree of cultural hegemony in the 1960’s was not theology but sexual ethics: “Aha, we’ve identified the latest, greatest oppressor to overthrow.” The cultural milieu that today’s liberalism must, therefore, accommodate is the Sexual Revolution.

This also means that we don’t rightly identify liberals today by simply checking who won’t affirm creedal orthodoxy — for the simple reason that creedal heterodoxy isn’t the spirit of the age. The actual liberals are the Christians who are willing to throw overboard Christian sexual ethics — people like Rob Bell, Brian McLaren, and Jim Wallis. By their adherence to the guiding spirit of liberalism — accommodation to the spirit of the age — they are no less liberal than were Friedrich Schleiermacher, Adolf von Harnack, and Rudolf Bultmann — and no less dangerous.