The Progressives’ March Toward God’s Judgment 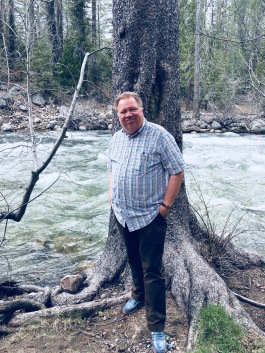 “Liberal” has become a dirty word in the last few decades, so liberals have latched onto “progressive.” After all, who’s opposed to progress except hillbilly fundamentalists and head-in-the-sand technophobes? But behind the moniker “progressive” are also deep worldview assumptions. When candidate Barak Obama warned his Democratic audience that the Republicans would “take [them] back to the 1920’s,” he didn’t find it necessary to elaborate. He could assume they embraced the basic progressive presupposition that the measure of linear history is the march of moral improvement. In 2018, our cell phones and cars are superior to those of the past, and so are our political and sexual standards. This is the great premise of modern progressivism: whatever comes later is better.[1]

This is not only a contemporary idea. Still, the idea of historical progress was rare in the ancient world. Aside from the Jews, it was almost unheard of. Ancient pagans saw civilization as cyclical: rise, ascendency, prominence, decline, and fall.[2] This view led to pessimism and despair. Christianity inherited from the Jewish faith the belief in incremental progress toward a glorious age to come, ushered in by Messiah, whom Christians knew to be Jesus of Nazareth. True progress is the fruit of godly faith and obedience. It is social sanctification.

The Enlightenment began to secularize the Christian promise of progress. This secularized progress was served up in different forms. In the 19th century Karl Marx theorized that progress in society comes only by the conflict between human classes, but chiefly the bourgeoisie (property owners) and the proletariat (propertyless workers).[3] Today’s Cultural Marxists[4] take this a step further: progress is possible not only by economic conflict but also sexual, racial, and regional conflict. This conflict produces the New Man (excuse me: the New Person — the politically correct grammarian thugs must have their say). This development is the sociopolitical counterpart of Darwinism in science. Just as higher species develop by “survival of the fittest,” so higher morality develops by contesting and vanquishing traditional morality.

The battle of the Cultural Marxists (and theirs is the guiding elite sociopolitical vision of our time) is to liberate the West from the “repressive” tendencies of the past, especially the Christian past. This liberation crusade encompasses one sphere after another. For example, in jurisprudence, constitutions must be considered “living” documents, interpreted according to present standards. Why? Because the authors lived in a time when moral standards were inferior. They did not include the right of a mother to abort her unborn child or the right of homosexuals to marry. They didn’t know better at the time. We know better.

And then consider economics. The free market system on which the U.S. was partly founded presupposes the biblical guarantee of private (or family) property. Private ownership is a God-given right. Progressives are confident that this is a false, naïve assumption. The individual is not important; we now know the collective is what’s important. As Marx taught, it’s not that the free market is absolutely bad; in fact, capitalism is a stage through which civilization must have travelled. But that stage is over, and we’re now in the higher, greater stage of socialism.

Nor has the church been immune from progressivism. The guiding adage of modernism, related to progressivism, is “Make it new!”[5] Every age must be governed by its own, unique views and standards, not those inherited from the past. In the case of Christianity this meant that the old, timeworn Bible must be replaced by human reason and experience, and that the classical creeds and orthodoxy were no longer relevant. In practical terms, this translated into the erasure of sin and judgment, the installation of women pastors and priests, and the introduction of Sunday morning laser-light-show entertainment.

Sexual progressivism will never stop with the abolition of marriage…. [T]he revolution must be permanent. The next step is progress beyond male and female … [T]he elites must restructure reality. Creation stands in the way of progress. Reality itself is the enemy.

Perhaps the most diabolical instance of progressivism, however, has been the Sexual Revolution launched in the Sixties. It has progressed (= regressed) from miniskirts and premarital sex to gay “marriage” and transgenderism. The Playboy culture and easy availability of condoms were not enough. In fact, they were just the start. The progressivist revolution must devour everything in its path. Its main impediment has been the institution of marriage. The gay “marriage” agenda is not to expand the marriage franchise, but to destroy the family. What makes marriage what it is, is the uniqueness of its participants: one man and one woman covenantally committed to one another before God for a lifetime. To redefine marriage is to destroy it. If just any relationship can be marriage, there can be no marriage.

But sexual progressivism will never stop with the abolition of marriage. As Trotsky claimed, the revolution must be permanent. The next step is progress beyond male and female: God’s creation is a barrier to human imagination, so the elites must restructure reality. Creation stands in the way of progress. Reality itself is the enemy. This was the claim of the ancient Gnostics, and it is the program of their 21st century successors.[6] “My male or female body parts assigned at conception and developed in the womb may not prevent me from realizing my dreams of utter sexual autonomy. I am entitled to ‘Gender Affirmation Surgery’ to make my body conform to my imagination. Sexual progress demands it.”

Progressivism necessitates the eventual overturning of the created order. The goal is not simply rebellion against God’s creation; it is the new creation by autonomous man. This goal is satanic. It is materially no different from the Serpent’s hiss in Eden: “Eve, God is trying to keep pleasant things from you. Break his unjust order so that you can be truly free.”

Because we live in a God-rigged universe, the new Gnostics will not succeed any more than Eve and Adam did, though their rebellion can wreak havoc in the process, just as our first parents’ did. Not just the Jews but also the Gentile nations are subject to God’s moral law (Is. 13ff.; Rom. 3:19). The progressives might believe that morals are evolving right along with history, but they will be judged by the ancient, unchanging standard of biblical law. This judgment is not limited to eternity, but will arrive in history — just as it did for ancient Egypt, Babylon, Persia, Greece, and Rome (Dan. 2, 7). God will halt the progressives’ revolution in its tracks. He will create an earthly Zion corresponding to the heavenly Zion (Is. 2:1–4; 9:1–7; Heb. 12:18–29). God will throw the unrepentant progressives, today so proud of their moral superiority, into the dustbin of history.